Aboriginal and Torres Strait Islander people have an understanding of how the stars and constellations are connected to environmental phenomena on Earth.

They developed complex seasonal calendars that incorporate detailed knowledge of the positions of stars and constellations with corresponding terrestrial events, such as changing weather patterns, animal behaviour, and the availability of plants and medicines. This knowledge was used to sustainably alter the environment to enhance the availability of food and medicines.

For every region across Australia, Aboriginal and Torres Strait Islander peoples closely observe the life cycles of the plants, animals, and insects, how they tie with the seasons, and how these cycles repeat year after year. This knowledge has been refined over tens of thousands of years, adapting to various environmental changes that have occured over that time. They relate the flowering and fruiting times of important food and medicinal plants, the timing of animal breeding and insect life cycles, the movement of birds to inland rivers and waterways, and annual whale migrations along the coast. This information was recorded and encoded into oral history, song, dance1, and ceremony, ensuring it could be accurately passed and maintained.2

Indigenous Knowledge is developed in situ, meaning the body of knowledge generally relates to the environment and region in which it was developed. Today, there are increasing efforts to record and preserve Indigenous Ecological Knowledge in the form of informative regional resource calendars (Fig. 1), each specific to its relevant region.3 Each chart contains and conveys several layers of interrelated information on season names and times of year, the seasonal quality (wet/dry, hot/cold, predominant wind direction, etc.) what animal, plant or insect is abundant for each season, and other relationships. These are generally marked by the appearance of important seasonal stars at dusk and/or dawn that herald these changes.

In many Aboriginal and Torres Strait Islander traditions, each season was heralded by the appearance of an important indicator star, or sometimes a group of stars (asterisms). Around the Adelaide Plains, South Australia, for example, the Kaurna people recognise four distinct seasons similar to those found in European traditions. Each of the four seasons, Kudilla (Winter), Wilto (Spring), Wolta (Summer) and Parna (Autumn) was accompanied by the appearance of one or more stars in the sky at dusk.4 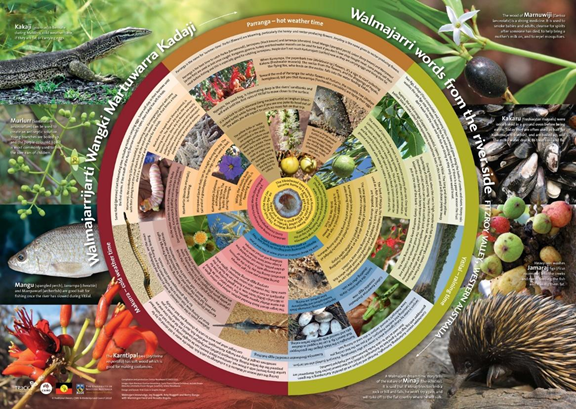 Fig 1: A seasonal resource calendar for the Walmajarri people of The Kimberley region of Western Australia. Image: CSIRO5

Studies show the connection between the annual appearance of constellations in the night sky and the cycles of their associated terrestrial counterparts.6 In particular, the star cluster known as the Pleiades (aka Seven Sisters) is linked to many important traditions across Australia. Along the east coast, they are linked to whale migrations. Their first predawn appearance (heliacal rise) in early June signifies the start of winter and the beginning of the migration of whales from their summer feeding grounds in Antarctica to their winter breeding grounds in Northern NSW and Southern Qld. The acronychal setting (last appearance in the West before setting at dawn) of the Pleiades in October-November coincides with the southerly migration back to Antarctica, with young calves in tow.

In the Central Desert, the heliacal rise of the Pleiades signifies the ‘official’ start of winter and the peak in the Dingo breeding cycle. Dingoes are important, both as a source of warmth against the cold winter nights, and as a source of food when other foods were scarce during droughts.7 Seeing the Pleiades in the dawn sky told them it was time to look for dingo pups. The Pleiades are also linked to many other plants and animals through interrelated traditions and Songlines, such as bush tomatoes (Kutjera), honey ants (Tjala) and Thorny Devils (Mingari).8

Perhaps the best known night sky calendrical indicator is the Emu in the Sky, or Celestial Emu.9 The Celestial Emu is found in the dark dust lanes of the Milky Way between the Southern Cross (Head), Scorpius-Sagittarius (body) and Ophiuchus-Aquila (feet) (Fig. 2). The seasonal calendar relates to the changing orientation of the Celestial Emu (Gugurmin in Wiradjuri, Gawarrgrgy/Gawarghoo in Kamilaroi/Euahlayi) through the year, and its links to the breeding cycle of the terrestrial emu (Dinawan). Its first appearance in the dusk sky in April-May (Fig. 3A) signifies the start of the Emu breeding cycle, when the females chase the males before mating. When the Celestial Emu is horizontal in the sky in June, this is the time when terrestrial emus are nesting and laying eggs. Students will examine this in more depth for the Year 8 Health module.

Fig. 2: The changing perspective of the Celestial Emu through the year, each connected to a particular aspect of an overall dreaming narrative connected to the lifecycle of the terrestrial emu and its link to ceremony. (A) April-May, when the female terrestrial emu are chasing males and pairing up. (B) June-July, when the Male emus are sitting on eggs. Image: Ghillar Michael Anderson and Robert Fuller (Journal of Astronomical History and Heritage), used with permission.

In this classroom activity students will create a seasonal resource calendar based on observing and researching the life cycles of local flora and fauna, and then relate these cycles to the annual appearance of seasonal stars.

This resource addresses the following excerpts from the achievement standard for Year 5 in Humanities and Social Sciences (HASS):

Teachers can discuss with the students the needs of the people reflected in the calendar, and how the stars can inform seasonal change related to animal behaviour.