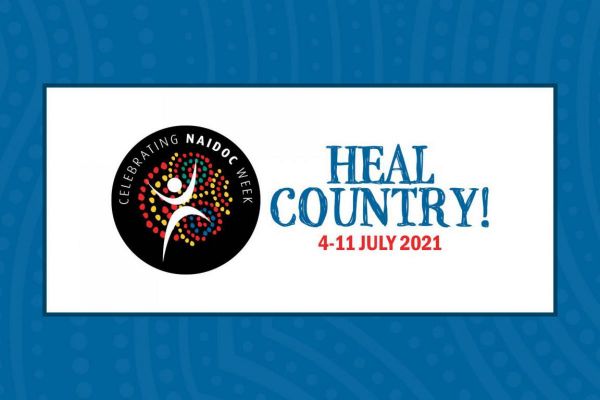 The recording of our NAIDOC Week 2021 panel webinar "Healing Country, Healing Futures: Aspirations for Country and Community" can now be watched online.

Join us this NAIDOC Week for a yarn about Healing Country with several fantastic speakers, MCed by Paris Mordecai.

The event is hosted by the Indigenous Knowledge Institute in partnership with the Faculty of Science.

Each panellist will introduce themselves followed by a group discussion. You will be able to ask questions during the event. To submit questions for the panel before the event, email us at indigenous-knowledge@unimelb.edu.au.

Paris Mordecai is a proud Widjabul woman from the Bundjalung nation in Northern NSW. Paris is the Indigenous Engagement and Outreach Officer for the Faculty of Science where she leads outreach and education programs that aim to engage and inspire young mob with science. She is deeply passionate about Indigenous education and empowerment, working with community, intersectional feminism, and social justice.

Maddison Miller is a Darug woman living on Woi Wurrung Wurundjeri lands. She is a Research Fellow looking at ways of knowing Country in Victoria. She is an audio artist and is currently preparing an installation for “Emu Sky” at Melbourne Uni Old Quad.

Dr Ngaree Blow is a Yorta-Yorta/Noonuccal/Goreng-Goreng woman. Ngaree is the Director of First Nations Health for medical education at the University of Melbourne as well as a Director of the Australian Indigenous Doctors' Association. She has been working with the COVID-19 response team as a Public Health Registrar in the Victorian Department of Health and Human Services.

Jefa Greenaway is a Wailwan/Kamilaroi man. He is a Senior Lecturer at the Melbourne School of Design and is founding Director of Greenaway Architects, as well as a regular design commentator on ABC Radio Melbourne. Jefa has championed Indigenous-led design thinking for over 25 years, including as co-founder of Indigenous Architecture + Design Victoria [IADV] (with Rueben Berg), and as co-author of the acclaimed ‘International Indigenous Design Charter’, and as a registered architect in NSW and Victoria. Jefa was recently inducted into the Design Institute of Australia’s ‘Hall of Fame’, is a co-curator of the Australian exhibition at La Biennale Architettura di Venezia 2021 (with Tristan Wong), and is a founding signatory of Architects Declare Australia.